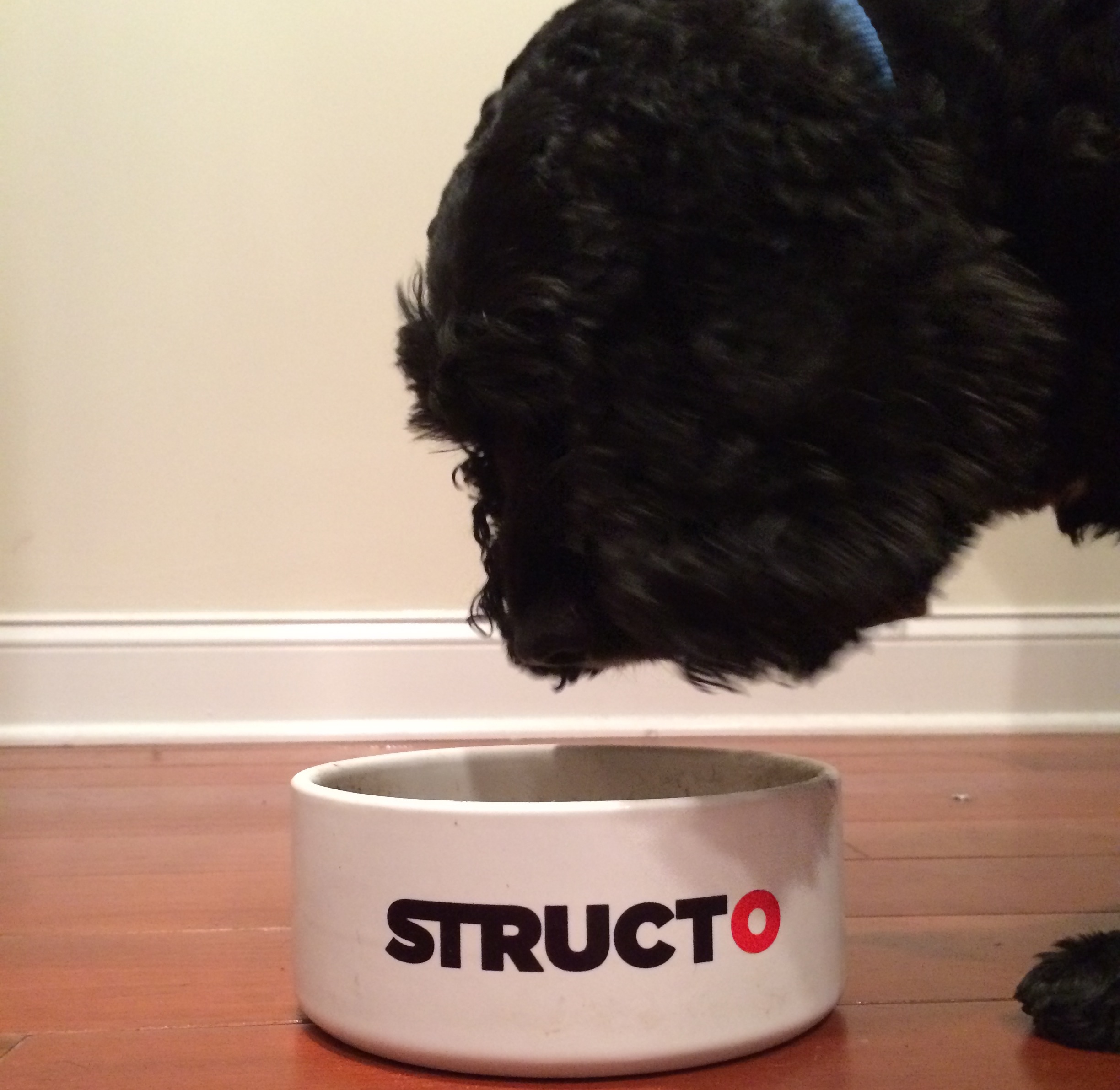 In 2010, I started working on a startup called Struc.to. It’s dead now, not even worth the hosting costs or domain registration. All that’s physically left is ~300 stickers I never distributed, a standing banner I haven’t gotten around to throwing out, and a dog bowl my wife had made for me (or Astro) as a gift.

Struc.to had the chance to be one of the first BaaS (backend-as-a-service) platforms – a cloud RESTful backend for your web and mobile app. You wouldn’t need to worry about managing or scaling a database, dealing with schema, form validation, APIs etc. We would handle it all for you, even giving you embeddable forms you could inject in your web app.

I was pretty lean starting it up. I hired a designer to put together a landing page, and ended up building a really great brand + style to go along with it. I first unveiled it at Digital Capital Week, got a couple video interviews, blog posts, and other coverage. My friends and local tech supporters rallied behind the idea. I received enough validation that it was worth building, so I started building out the full platform.

Poor Validation – A signup on your landing page is completely different than someone creating an account, reading your API docs, setting up an app, and coding something real. I had lots of people who supported me and liked the idea, but in hindsight, it was largely surface level. I failed to really dig in to my customer development interviews and get 100% clarity that this is something that people would use/need.

MVP Complexity – As I started building out the app, it hit me – this is going to be really hard. There is a whole lot that needed to be built out before the first person can reliably build on it. Even when I dogfooded my own service, I found myself running into major missing pieces.

Distraction – It was always a side project, as I was overbooked doing client work, which was far more lucrative than the margins Struc.to could have ever afforded. I betrayed a key rule.

The number one thing not to do is other things. If you find yourself saying a sentence that ends with “but we’re going to keep working on the startup,” you are in big trouble.
Paul Graham

Struc.to never really died, as it was never really alive, just a side project, competing against paying client work, and losing all the time. I just went from spending 90% of my time on consulting work to 100% of my time on consulting work. But when people would ask me how Struc.to was going, with genuine care and interest, I would lie, and say “it’s going great. we’re launching soon.” I hadn’t worked on the codebase in months.

It was a lesson I was not willing to repeat again. When we started seeing Contactually had legs, I tried to figure out how we could dedicate more time to Contactually. 500 Startups, more than anything else, was an opportunity to burn the boats. The day we signed with 500 Startups, I started winding down my consulting gigs. There went any distractions. Contactually just celebrated it’s two year birthday, with 16 employees.

By Zvi October 20, 2013
1 comment
Zvi Band Relationships are our most important asset.